I have read many articles on this topic but have found one thing that you need to have in place for those tips to work. I discovered it after getting advise from a child psychologist.

About a year ago we asked a child psychologist for help. F had started to have tantrums. Major episodes of anger and sadness and we just couldn’t get through to her at all while it was going on.

Given the traumas in her past and the strict medicine routine that she is on, it was not surprising.

The psychologist talked to us and to her and gave us some things to try (we had already been doing some and had some new ideas).

Then she said this:

“next time she has a tantrum, record it so that I can see what she is doing.  And I can hear what you say and maybe give you some tips on how to respond”.

This was it. The moment of inspiration.

Yes, I hate my voice being recorded and really did not want to see what I looked like on film but it was something else. The thought of being observed, especially by a psychologist, that made me pause.

You see, it’s hard to keep calm, be patient, be neutral even, when you have a kid suddenly dive full on into a tantrum. They can have been annoying the hell out of you all day long and then launch into a fit and yet I’m supposed to stay calm, rational. I’m supposed to but I don’t always succeed.

So that pause told me something: that I was pretty sure that I was not helping the situation. I probably added fuel to the fire.

So I went home and thought about it. What if, in my interactions with my kids, I behaved as if someone was watching me?

Ever noticed, when you are at your mum’s or in-laws house and your kids start acting up, how much patience you have? Or when you are at the park? Oh, definitely now: when other mums are around?

My tone of voice, my level of calm, my ability to bite my tongue and not join in the snarky-ness. These were all different when other people were around and when in the back of my mind I thought “if she kicks off, I’m going to be filmed as well as her”.

But I did not.

So this is my conclusion:

There is no one more patient than a parent who is being watched. And a watched parent never shouts. 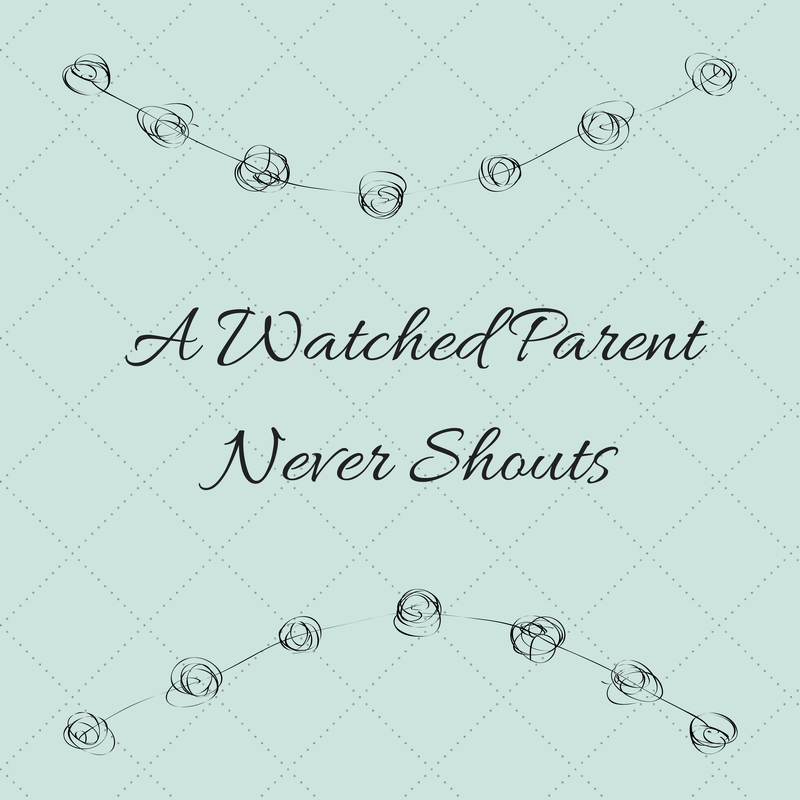 3 thoughts on “How to stop shouting at your kids: 1 simple rule”

Please leave a reply, I would love to hear from you. Cancel reply